Over the period of Lent which ends during the first week of April, we have been reading and meditating on Jesus’ life and ministry on earth. Among the teachings which we have read, which of Jesus’ sermons or stories is your favorite? I know for many, the Sermon on the Mount is the one most profound to describe the new Kingdom into which we enter. For others, the story of the prodigal’s son gives hope that even the worst sinner can be accepted again by the Father. The Good Samaritan is a very popular story, the one most quoted by secular (non-Christians) from the Bible, for its important teaching of doing good even unto our enemies.

While all of these are very important to me, I think the Easter story, and in particular, the story of Jesus on the cross with two sinners, is the most powerful sermon in the Bible. Gathered from two gospels, we read in Matthew 27:44 that both thieves from their nearby crosses said evil things to Jesus. Then an amazing turn-around occurs in Luke 23:39 – 43. While one thief continues to berate Jesus, the other is converted, and asks in effect that he might also receive entry into the Kingdom. He is given no chance to recompense those from whom he has stolen goods, no chance to take a confirmation class or pass a test to recite the apostle’s creed and Lord’s prayer, with no chance to be baptized or receive the gift of tongues, with no chance to live a life of obedience or give a testimony of good news for others, but left only with a new belief in the Savior, he asks for acceptance. Jesus’ response in verse 43 gives no doubt but yes, that the repentant thief is forgiven in his last moments of life on earth, and is given promise of entry into Paradise. In verse 46 Jesus said, “It is finished”, He gave up His life, and died. This for me is the shortest, and most profound sermon in the Bible. By Jesus’ words and actions, by His willingness to die, and later by His rising from the dead, He proves that what He said and what He did are the actions of our only Savior. And what does He require of us? Only belief in Him. All else that is required of Jesus becomes our response to what He has already done for us.

For me, this is a very important Christian message, the message of Easter which we celebrate this month: Christ gave up His life for our sins, He was raised from the dead, and He holds the keys to entry into the Kingdom. He will not deny entry to anyone who believes in Him and what He did for us. Haleluya!

For skeptical believers who think we can merit our salvation, I challenge you to find as many convincing proofs as the 200+ statements in the Bible that state on faith and faith alone are we given right standing with God. For those of us who remain on earth after our conversion, much is required in the way of obedience, until we are called ‘home’. Yet let us be reminded that at our conversion, at the moment when we first believed, and in as much as we manage to remain in that belief, ‘it is finished’. Our salvation is secure by our belief in Jesus, and by the proof of the wonderful acts of His death and resurrection.

~April 1: We invite you to plan a
worship service at home, alone or
with your household, including
bible study, foot-washing,
communion, and a meal together.
A guide to at-home worship for Maundy Thursday can be found at this link. And you can also: https://acc.or.tz/wp-content/uploads/2021/03/Maundy-Thursday-worship-at-home-2021.pdf 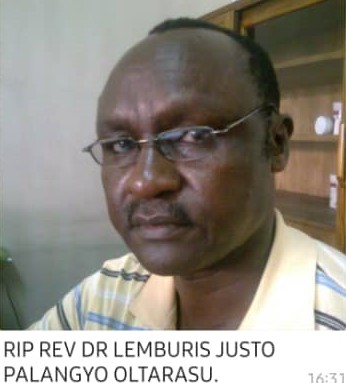 “The Lord gave, and the Lord has taken away; blessed be the name of the Lord.”
Job 1:21b

ACC lost a wonderful friend and preacher last month. Rev. Dr. Lemburis Justo Palangyo Oltarasu, was last posted at the Arusha Town Lutheran church but had been a valued ELCT Lutheran Church pastor for many decades . He and his wife Janet prayed just before he died. He was perfectly calm and in his deep faith, he knew he was welcome ” home to Jesus”. Justo was buried on 4 March, 2021. We at ACC offer our sincere condolences to Janet Palangyo, their son Daudi, who is a pilot in America and to all his family and friends. RIP dear friend. You will be missed. 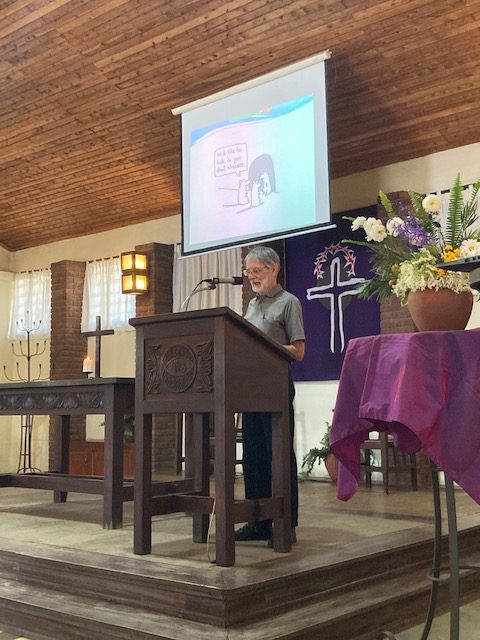 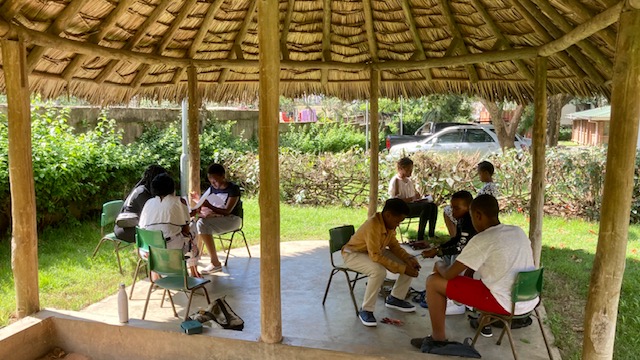 Message from the Council Chair

Cases of COVID-19 are ongoing and increasing around the world. As an international community which welcomes visitors and which seeks to love and protect those around us, we are continuing to follow health protection guidelines for the safety of all.

We ask that you continue to:
-Wash your hands before entering
-Wear a mask at all times, especially when singing (please don’t take off your mask to sing)
-Keep a degree of distance
We work and pray together as one community, sharing the love of Christ to all.