Arusha Community Church (ACC) is an international, interdenominational, lay-led congregation. The church is independent and autonomous, but the Diocese in Arusha region of the Evangelical Lutheran Church of Tanzania (ELCT) has graciously agreed to links being established with them for legal purposes. Administered by its Church Council, the ACC has grown steadily over the years with a programme which includes Bible Studies, Sunday School, social benevolence, and other programmes for children, youth and adults. 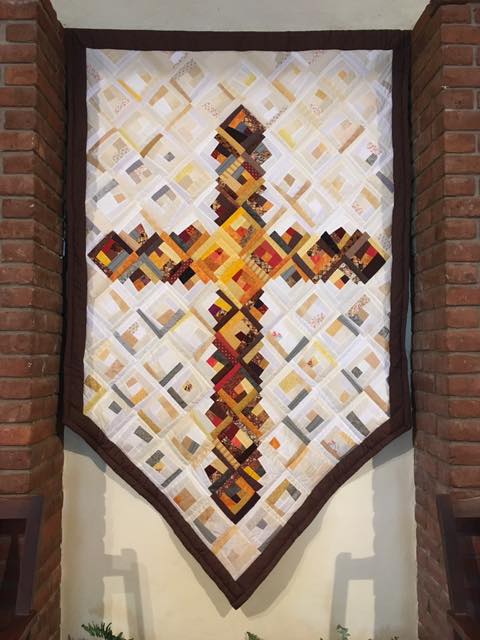 Today, our membership covers the spectrum from Roman Catholic to Pentecostal. That which unites us is faith in Christ — as well as worship in the English language. Services are led by members, some of whom are ordained but many not. Preachers come primarily from within the congregation, but on occasion, guest preachers are invited from surrounding congregations and ministries.

Worship services are held at every Sunday morning, as well as on other special days of the Church Year. Sunday School is during the worship service and Adult Education is often held at

As with any congregation, the beliefs of individual members vary widely. ACC is generally Protestant in orientation (though with a fairly large number of Roman Catholics in attendance and in leadership positions). Its worship style tends to be non-liturgical (though often including elements such as confession of sin and absolution, confession of faith, words of institution, Lord’s Prayer). Perhaps most representative of the congregation’s beliefs would be the Apostles’ Creed, which is used each Sunday as a confession of faith:

I believe in God, the Father Almighty, creator of heaven and earth. I believe in Jesus Christ, his only Son, our Lord. He was conceived by the power of the Holy Spirit and born of the Mary. He suffered under Pontius Pilate, was crucified, died and was buried. He descended to the dead. On the third he rose again. He ascended into and is seated at the right hand of the Father. He will come again to judge the living and the dead. I believe in the Holy Spirit, the holy Christian Church, the communion of saints, the forgiveness of sins, the resurrection of the body, and the life everlasting. Amen.

ACC has a variety of groups meeting for bible study, prayer and fellowship. Members are able to care for one another and build deeper relationships.

Weekly Sunday school includes creative lessons and children’s worship. The last Sunday of each month is a child-friendly Family Service.

Confirmation classes follow a Lutheran curriculum over a 12-15 month period. See the church office for details on enrolling your older child in this program.

You may become a voting member of ACC by attending a New Voting Members Class. Sign up in the church office for the next upcoming class.

Special concerts, including a variety of area choirs and soloists, are held to celebrate Pentecost, Harvest Festival and Christmas.

The congregation began many decades ago as the English language congregation of Christ Church (Anglican), Arusha. Over the years, the denominational base of this part of the congregation widened, and a new interdenominational community of faith emerged. Other facilities were sought, and on February , at 10 am, the congregation met for the first time as “Arusha Community Church” at the Greek Club (Meru Club) in the Kijenge area of Arusha. That first week, there were 36 in attendance, and by the next the number had grown to 62. Bibles, hymn books and more chairs were purchased to accommodate the increase in attendance.

By 1992, the administration was shared among various committees, and the congregation had grown too large for the Greek Club. This was particularly true of the Sunday School. Once again it was felt that alternative premises should be found to accommodate the growing community of faith.

Two years later, no suitable premises had been found, and so a survey was held among the members to determine the way forward. The most favored choice was for the congregation to build a multipurpose facility for worship. A proposal to erect such a building was presented to the Annual General Meeting in January 1994, was accepted by a clear majority, and fund raising began.

The Diocese in the Arusha Region of the ELCT offered a plot of land, and at the Annual General Meeting of it was agreed to start formal discussions with the Diocese regarding the building of a worship facility on the offered plot. was broken on January 28, 1996, and on January 18, 1998, the building in which the congregation now meets was dedicated — with no debt on the building. TO GOD BE THE GLORY!

HAVE QUESTIONS ABOUT ACC?

Let us know if you have any questions!

You can join our mailing list by filling in your email address and details in our contact form and get ACC related news and service schedules straight in your inbox once a month.