A number of years ago, I fasted for lent; I would only eat my evening meal and nothing else. And quite a few things struck me about the experience. First, for someone who likes his food, I found it remarkably easy to adapt. I won‟t lie and say I wasn’t tempted when serving the homemade pizzas at a lunchtime school event. Of course, I was! But it certainly didn’t come anywhere close to even scratching the surface of Christ‟s suffering.

Second, I found it hard not to tell people. Now this surprised me because I tend to keep myself to myself, but I had to restrain myself several times from weaving it into conversations. I wanted people to know.

Third, it forced me to confront, very directly, the question of what happens after? When lent is over, do we just start eating again? I remember regularly eating at the Big Bite restaurant on Swahili Street as a young man and being fascinated that the bar down the road was always empty during Ramadan. When Ramadan was over the bar would be full again. This was certainly not what I wanted from my experience of lent. Surely the aim should be to derive more long-lasting effects from the holy month?

And, finally, did I feel closer to God as a result of the fast itself? Well not really. Which is not surprising in hindsight as I was not working enough on other, more important, areas. Isaiah 58 offers a brilliant dissection of this issue and quashes any notion that fasting is worthy simply for fasting‟s sake. The Israelites, who had expected to be “noticed” by God simply for fasting are rebuked in verse 3b and 4:
“3b Yet on the day of your fasting you do as you please and exploit all your workers. 4 Your fasting ends in quarrelling and strife, and in striking each other with wicked fists. You cannot fast as you do today and expect your voice to be heard on high.”

So, what am I saying here? Well, importantly, I do not believe I exploited any workers and I certainly did not strike anyone with my fists. But I am saying that I got it all wrong, because I did not work hard enough on reordering myself alongside my fast. I made the mistake of thinking that fasting was worthy for fasting‟s sake, and it is not. Fasting is worthy if done correctly, if it puts God at the centre, if it is done quietly and without thought for earthly distractions. And, as we were reminded at our Ash Wednesday service back in February, fasting from complaints, selfishness, bitterness, worries and a whole lot of other human traits, is much more desirable to God, and should be to us also.

The final major act at ACC each year before the season of lent is the Annual General Meeting. Whilst mostly uneventful, it is a significant moment in our church‟s year for a few reasons, not least because it marks the election, or re-election in some cases, of council members.

The ACC Council is the body that oversees the running of the church and it is important to have members with strong organisational and leadership skills. However, in our first Council meeting since the AGM, Erwin Kinsey reminded us that spiritual leadership is key, and that the first and foremost duty of Council members is to present leadership to the church in this area. He is right, of course. Otherwise, what differentiates a church leader from a leader of any secular organisation?

And it seems we have, once again, got together a strong council this year, thanks to the democratic votes of the quorum present at the AGM. Wilson Mziray, Moira Brehony, Irene Joel and Eric Mbelle were all newly elected, while Erwin Kinsey and Elizabeth Hudgin were re-elected. The Council Executive was then chosen at the first council meeting. Susan Simonson continues as Chair of the Council and we are blessed to have someone who gives so much of her time, freely, for the betterment of our church. Neil Miller has been elected vice-chair, Eliel Gideon continues as Treasurer and Michael Murray was re-elected as Secretary.

Here‟s to a blessed year ahead for Arusha Community Church and I look forward to every member of our congregation playing a prayerful and reflective role this Easter and beyond. 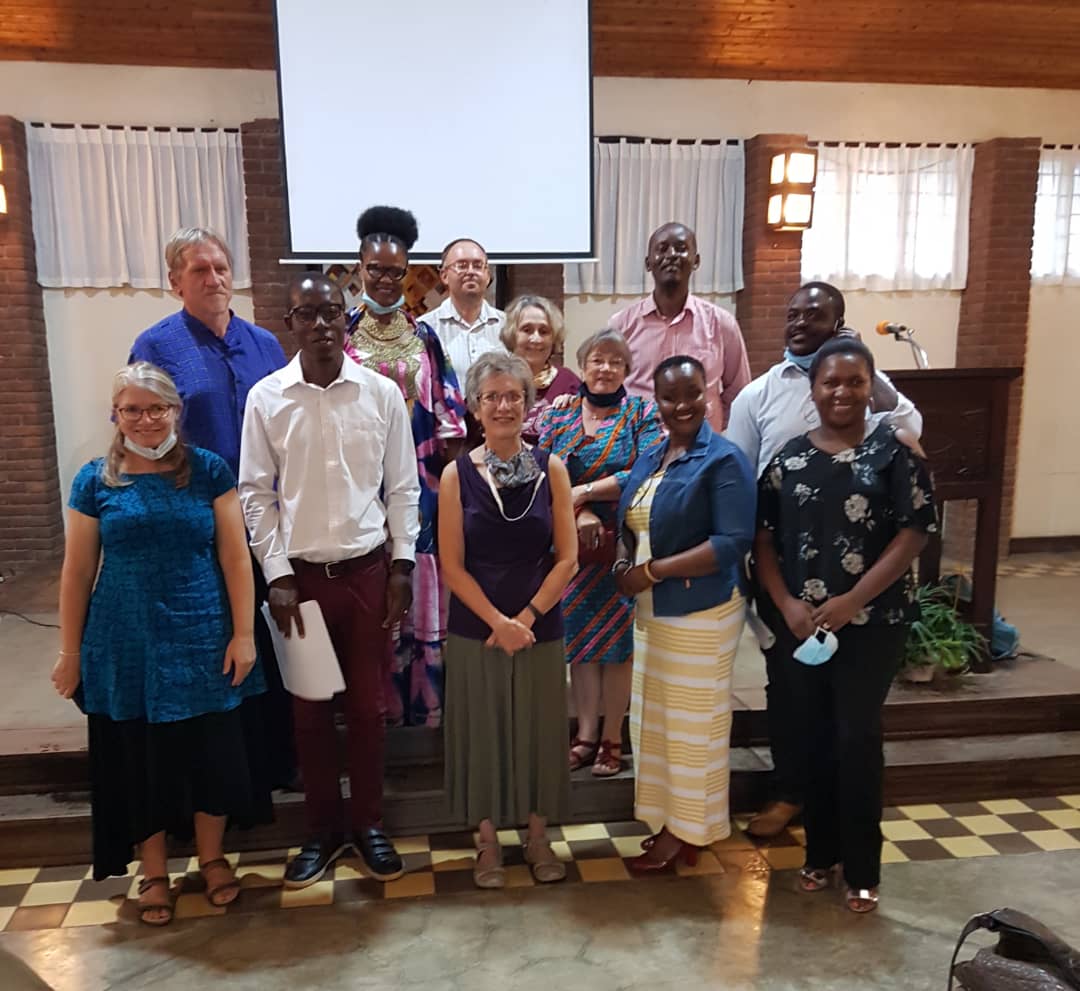 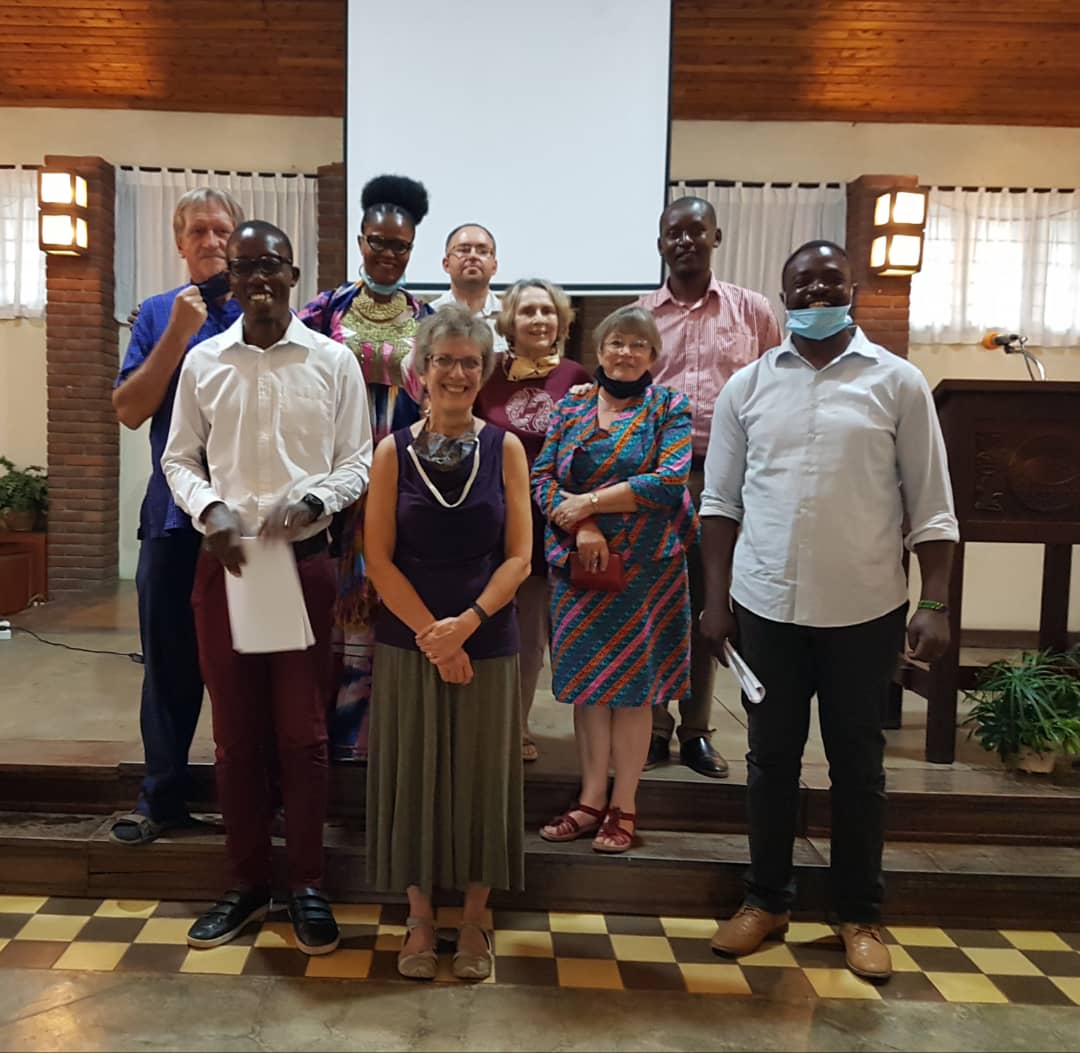 New ACC Council without masks for a moment

Message from the Council Chair

Cases of COVID-19 are on-going and increasing around the world. As an international community that welcomes visitors and which seeks to love and protect those around us, we are continuing to follow health protection guidelines for the safety of all.

We ask that you continue to:
-Wash your hands before entering
-Wear a mask at all times, especially when singing (please don’t take off your mask to sing)
-Keep a degree of distance
We work and pray together as one community, sharing the love of Christ to all.
-Susan Simonson

What can you offer in ministry to your church?

As a lay-led church, VOLUNTEERS are always needed. The Time and Ability [TAA] forms allow you to see where help is needed, and what activities need your support.

They will be available from the Duty Elder each Sunday in February and should be returned to Vivi in the church office when filled in.

“So don’t hide your light! Let it shine brightly before others, so that the commendable things you do will shine as light upon them, and then they will give their praise to your Father in heaven.”
Matthew 5:16

Arusha Community Church seeks to bring Christian praise and witness to God through worship, service and study. The congregation provides opportunity for Christian fellowship, service and witness, community outreach, personal growth and family growth. Recognizing the close link between worship and culture, Arusha Community Church has an inter-denominational ministry to the international community in Arusha.