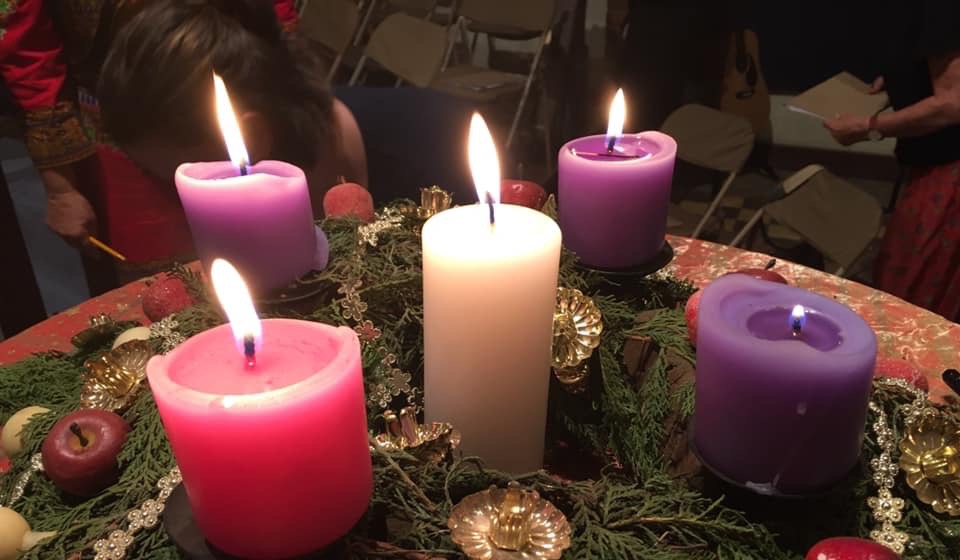 An exploration on Wikipedia concerning our Christmas traditions.

Did you know that a carol is a song of praise and joy? Carols used to be written and sung during all seasons of the year but of late, tradition has us singing them during Christmastime.

What is the origin of Christmas? Early Christians took over the pagan winter solstice (21st December) celebrations by celebrating the birth of Christ, and as early as the year 129 a Roman Bishop decreed that “Angel’s Hymn” should be sung in Rome to commemorate Christ’s birth.

Which are the oldest carols? The oldest Christmas carols which are still sung date from the 4th century, one of which we sing at ACC: Of the Father’s love begotten – author unknown. Four hundred years later composers from all over Europe were writing Christmas carols, mostly in Latin and hardly understood by the common people who lost interest in singing them during the Middle Ages. In 1223 St. Francis of Assisi, Italy began a tradition of nativity plays which told stories in songs in local languages mixed with Latin. From that period come songs like In dulce jubilo (Good Christian ones rejoice) which we still sing.

Did the church always welcome carol singing? During the rule of the Puritans in England in the mid-1600s, the celebration of Christmas and singing of carols was stopped. This did not prevent the people from singing them secretly but carol singing in the church was disallowed. By the late 19th century, Christmas carols, considered to be a secular activity, were normally sung from house to house and still excluded from Christian worship.

What is the origin of Carols by Candlelight? The prohibition was to change. Organist John Stainer who later compiled Christmas Carols New and Old during Christmas 1878 introduced carols into the choral evensong at St. Paul’s Cathedral in London. From Truro Cathedral in Cornwall, England there is a quote recorded in the Royal Cornwall Gazette of 20 December 1878: “The Choir of the Cathedral will sing a number of carols in the Cathedral on Christmas Eve, the service commencing at 10pm…It is the intention of the choir to no longer continue the custom of singing carols at the residences of members of the congregation.” Bishop Benson was concerned by excessive consumption of alcohol in the pubs during this festive season, and sought to attract revelers into the churches by offering a religious celebration. From this time onwards, carol singing rose in popularity and was included in church worship. Nine Lessons and Carols on Christmas eve was first celebrated in Truro Cathedral on the 24th of December, 1880, a service mixing Christmas music and Bible readings, and over 400 people attended. Singing of carols in the streets also regained popularity and this custom has spread all over the world. Another custom became popular, the candlelight service, where the churches were only lit by candles. Today Carols by Candlelight services are held in countries all over the world.

What is the most popular Christmas carol? Silent Night” turns out to be not only the most popular carol worldwide, translated into hundreds of languages, but it has over 700 copyrighted recordings in the past 40 years and as such is twice as popular as the next best known carol. It is the chosen carol for ending ACC’s Carols by Candlelight service each year, sung with descants, sometimes in different languages, and to which the candles are lit prior to the final benediction. Don’t miss it!

When did Carols by Candlelight start at Arusha Community Church? The Carols by Candlelight has been a tradition from the very first year of ACC held in the Greek Club in 1986. This year marks the 33rd year, although the same service was conducted at Christchurch Anglican before then. Both congregations continue to celebrate this way, on 13th December 2019 at 6pm at Christchurch, and on 23rd December 2019 at ACC at 6:30pm. Karibuni sana! Services on Christmas Eve are also a tradition in many local services.

Is there anywhere in Arusha where one can go caroling outside of the services? ACC has a tradition since around 1990 of singing in the

hospitals and sometimes at the homes of the elderly. This year we will be singing from 2pm-4pm at Mt. Meru Hospital on the 15th December. We will go around the wards and gift soap, biscuits and greeting cards to the sick and those who attend them. Karibuni sana!

You are welcome to bring a plate of Christmas baking to share after the service.

During the Carols for Candlelight service, we will take a special offering to support Peacemakers for Albinism and Community (PAC). PAC is a local ministry in Arusha, working to raise awareness about albinism, reduce stigma, and provide a safe education for children with albinism. All funds raised at Carols by Candlelight will be used to provide safe, accompanied transportation for students going home for the holidays, and for supplies needed by 22 new students with albinism.

 January: Confirmation classes will be starting in January .Watch the announcements for the date of a parents meeting early in 2020.

Due to circumstances beyond our control, the Council is letting the congregation know that there has been a delay in the church building renovations that we had planned to have done this year. We are hopeful that the renovations will start early in the New Year. Thank you for your patience.

1. Fill out a baptism request form at least 6 weeks in advance. Form available from the church office.

2. Adult candidates or parents meet with a pastor for spiritual preparation. If you don’t have a pastor in mind, the council chair will match you with an appropriate minister.

4. If Church council approves, worship committee receives the baptism request to schedule it.

The Worship Committee is hosting a worship seminar to help build up and equip the ACC community as we seek to honor God together. The afternoon will include a time to reflect on why and how we worship God well. We will also have practical break out sessions to talk about the nitty-gritty of planning for worship leading, preaching, music leading, and audio-visual leading.

Who should attend?
 Long-time worship leaders, who could share their experience with others
 New, potential worship leaders, musicians, preachers and technicians who want to learn and grow in worship leading skills
 Anyone who wants to get to know other ACC members more personally as you connect around a shared passion for worship
 Anyone who seeks to worship well: to glorify God and enjoy God forever.
Refreshments will be served. Sign up to attend the seminar in the church office.